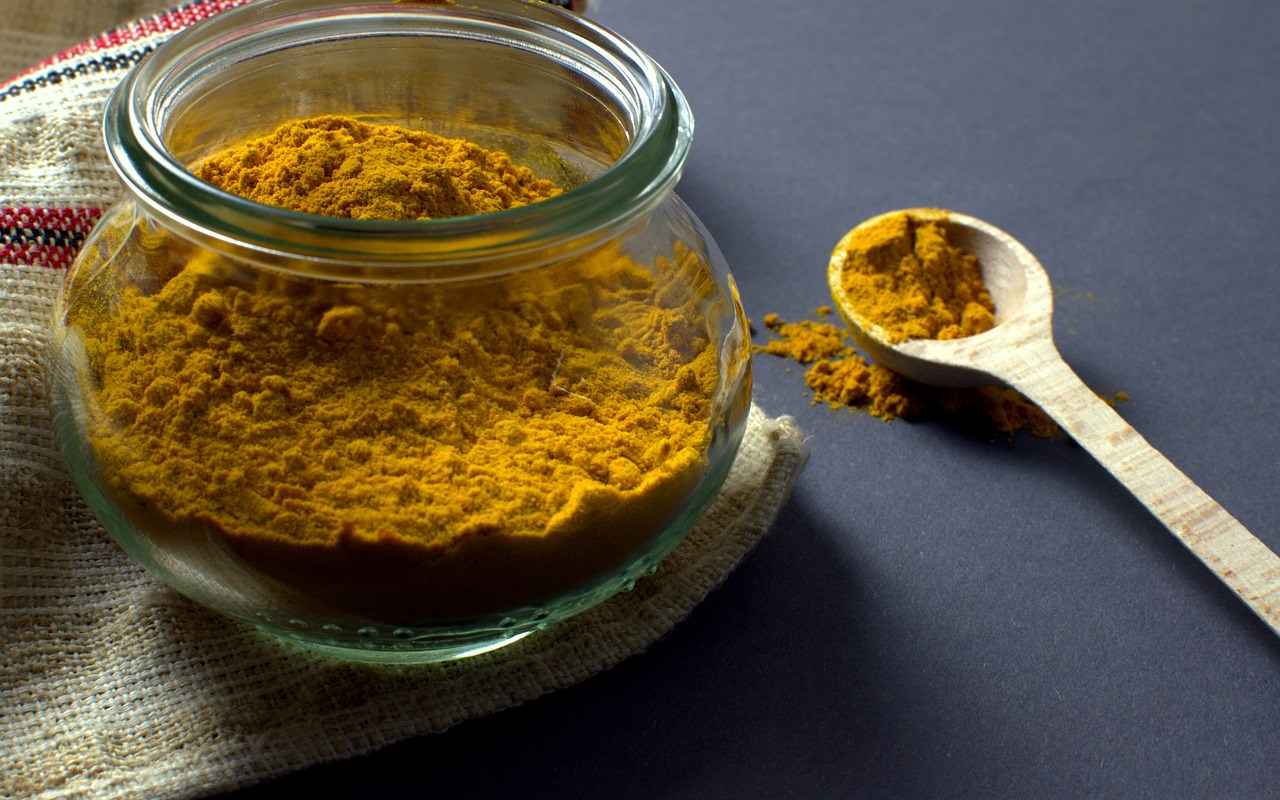 Do you suffer from arthritis? How about joint pain or allergies? These are all forms of inflammation. What if I told you turmeric, a key ingredient in Indian curries, has been shown in studies to help fight inflammation for many people. In this article, I am going to show you how turmeric, or more specifically turmeric curcumin, plays a key role in fighting inflammation and is shown to be a healthy alternative to other medications in recent studies.

Science suggests that curcumin, the active ingredient in turmeric, possesses anti-tumor, anti-oxidants, and anti-inflammatory properties. Curcumin is a chemical compound found in the spice turmeric. The difference between the two is that turmeric is the yellow powder used to flavor foods and curcumin is the active chemical within turmeric.(15)

Curcumin is often extracted and concentrated to produce supplements which are far more potent than turmeric by itself. Curcumin’s ability to halt pro-inflammatory signaling compounds makes it a reliable remedy for inflammation. The research suggests, when used to decrease production of these pro-inflammatory compounds, turmeric curcumin brings levels back to normal, resulting in recessed chronic inflammation. (17)

What is Turmeric Curcumin and Where Does it Come From?

Turmeric originates from the root of the Curcuma longa plant, which is native to India, Indonesia, and other Southeast Asian countries. For centuries, people have sworn by this herb for its medicinal properties.

The Curcuma longa plant usually grows to about three feet tall and produces a stem, flower and a root. The root of the plant looks similar to ginger but produces the goldish colored turmeric spice.

Since ancient times India has been the largest producer of turmeric, although you can find the plant all throughout the tropics. The use of turmeric dates back thousands of years, as described in “the history of turmeric” on pbs.org, “analyses of pots discovered near New Delhi uncovered residue from turmeric, ginger, and garlic that dates back as early as 2500 BCE”.

It was around 500 BCE that turmeric emerged as an important part of Ayurvedic medicine. Ayurveda is an ancient Indian system of natural healing that is still practiced today. Ayurveda translates to “science of life”– ayur meaning “life” and veda meaning “science” or “knowledge.”

Inhaling fumes from burning turmeric was said to alleviate congestion, and turmeric juice aided with the healing of wounds and bruises. Turmeric paste was applied to all sorts of skin conditions—from smallpox and chickenpox to blemishes and shingles. Ayurvedic literature contains over 100 different terms for turmeric, including jayanti, meaning “one who is victorious over diseases,” and matrimanika, meaning “as beautiful as moonlight.”(13)

In Indian culture, turmeric is used for many things—not just for its anti-inflammatory properties. The Haldi ceremony, for example, is a ritual that both the bride and groom participate in the morning of their wedding day. The turmeric is mixed with several ingredients based on their families’ customs into a paste. Then the paste is applied to the face, neck, hands, and feet of the bride and groom by family and close friends. This is accompanied by playing traditional Indian music and dances.

In Indian cultures, people believe applying the paste to your skin wards off evil spirits. “Turmeric is considered very auspicious in the Indian traditions. The auspiciousness of this ingredient and its color ushers in a life of prosperity for the couple, who are starting off their new life together. This is why in many cultures the bride and groom wear yellow clothes on their wedding day as well.”(14)

Before beauty spas and salons existed, Indians had a few beauty secrets of their own. Turmeric was believed to bless your skin with purity and a blemish-free complexion. Modern science lends some credibility to these ancient beliefs.

Joseph Maroon, a noted UPMC neurosurgeon and author of 2006 study “Natural anti-inflammatory agents for pain relief in athletes,” concludes that curcumin’s therapeutic, pain relieving effects are considered equal to those of pharmaceutical painkiller medications. The only difference is, curcumin is a natural herbal compound that is non- toxic, non-addictive and side effect free.(9)

Dr. Maroon said his patients “would much rather have a natural approach to reducing inflammation and pain than a prescription of non-steroidal painkillers and their potential risks.”(9) 17,000 Americans die each year from over-the-counter, nonsteroidal pain medications. As a result of the US’s opioid epidemic, more Americans died of drug overdoses in 2016 than from the entirety of the Vietnam War. This is just one example of a statistic from a new report by Josh Katz for the New York Times, based on preliminary data estimating how many Americans died of drug overdoses last year. (8)

Turmeric has many benefits, scientific research suggests that turmeric curcuminoids potentially have the ability to reverse diseases and beat other pharmaceutical medications used to treat conditions. One of the most powerful components of the chemical curcumin is its ability to reduce inflammation. An M.D. Anderson Cancer Center review of curcumin research in the journal Phytotherapy Research in 2014 suggests that curcumin regulates inflammation and “plays a major role in most chronic illnesses, including neurodegenerative, cardiovascular, pulmonary, metabolic, autoimmune and neoplastic diseases.”(18)

Turmeric’s antioxidant and anti-inflammatory qualities restore your skin’s natural glow and radiance. Scientists believe the curcumin found in turmeric can help wounds heal, by decreasing inflammation and oxidation. It also lowers the response of your body to cutaneous wounds. This results in your wounds healing more quickly.

Studies have found that turmeric can positively affect tissue and collagen as well. (10) The compounds in turmeric have also been linked to controlling flare-ups in psoriasis and other symptoms including acne scarring and reducing acne. Experts recommend using turmeric as a supplement, adding into food or using face masks. The curcumin will target pores and calm the skin reducing scars and breakouts.

Although there is a range of many dermatological conditions that turmeric benefits, you need to be careful with the dosage, the product you use and check with your physician and discuss the use of turmeric, in case of any allergy or how it may react with other medications you take.

This may come as a surprise, but turmeric benefits the skeletal system by reducing inflammation. “Research suggests that curcumin’s anti-inflammatory property can aid in the treatment of various musculoskeletal disorders like osteoarthritis, osteoporosis, musculocartilaginous disorders, and sarcoma etc.”(12) Curcumin helps protect bone tissue and bone and bone loss. It can achieve this in topical form, or when ingested.

Other Health Benefits Turmeric/Curcumin May Provide:

A review compiled in January of 2017 studied the findings of over 100 studies that focused on turmeric and its effects on psychiatric conditions. What this review found is that “curcumin is a promising, natural agent” in treating psychological disorders ranging from autism, PTSD, OCD, major depressive disorder, bipolar disorder, to psychotic disorders. (19) It’s also interesting to note that curcumin appears to improve the effects of the most commonly prescribed antidepressants for these disorders.

How do I get more Turmeric in my diet?

One thing you don’t want to do is buy some random turmeric powder from the spice aisle because many of these spices are grown with conventional pesticides and not organic. If you would like the full benefits of adding turmeric into your diet make sure you buy high-quality ground turmeric or fresh turmeric root from the produce section.

Try one of these recipes at home and see how turmeric positively affects your skin!

Science suggests numerous benefits of turmeric curcuminoids, proven by research in multiple studies. Turmeric can be consumed in many forms. Studies have shown the most effective way to incorporate turmeric curcumin is, by taking a supplement. If you or your loved ones feel as though turmeric will positively affect your life, and benefit you please share this article!

Also, if you’re looking for a turmeric supplement, check out our article Best Turmeric Supplements. 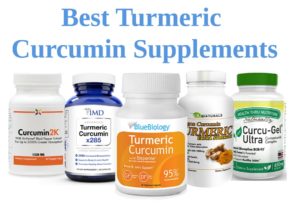